Another quick post to follow up the previous 2 characters with good ol' St. Nick...  although I'm not sure this guy is any less "troubled" than Krampus and Jack Frost before him. 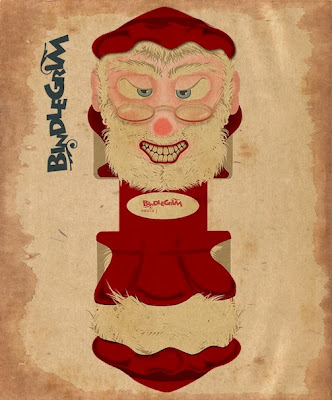 I suppose the less than cheerful expressions could be based on the fact that Santa here and the others were originally Halloween characters who got a "mask-over" for the upcoming December celebrations. It just may explain their not-so-sweet disposition. Can you figure out who's hiding behind the Christmas affectations?