Here are some early shots and outtakes from the photographic story of Christmas Gnomes from the original 2001 version of The Grim Happy Christmas  --- with a special tribute to the late great El Sr. Muerto: 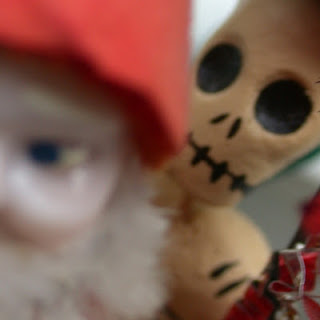 In 2001 the part of the villain in The Grim Happy Christmas was played by a chain smoking Day of the Dead character (who was known to always play his roles with a sombrero and a cactus backdrop). 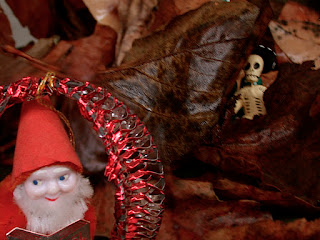 This scene (above) taken on a wet rainy day in Seattle and from the original book was redone for the 2011 version with a different actor. The original actor, I believe is listed on IMDB as the late El Sr. Muerto. 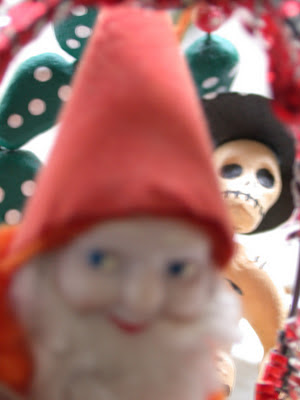 Above is an early unused behind-the-scene photograph of Red Hob and El Sr. Muerto preparing for their photo shoot in 2001. Red Hob is getting into character here as the loveable hero, while El Sr. Muerto sticks up his chin looking for the right balance of macabre and machismo. 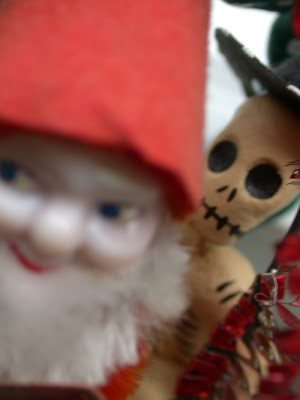 In this outtake, Red Hob, who is supposed to be scared witless, can't help but laugh as El Sr. Muerto gives him Marty Feldman eyes. Sadly the two were unable to reunite for the newer version, since El Sr. Muerto had fallen apart some years previous in a fit of loco. 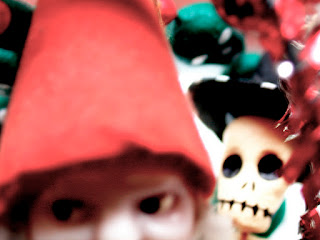 And, finally, above is a dramatic take from the early photos used in the 2001 version of this tale as only the great El Sr. Muerto could achieve. While below, in 2011, The Grim Happy Christmas (new version) cast, was honored, to have a new yet seasoned actor playing the role of the sinister villain, and we offer this small blurry outtake from the new photography as a small preview. 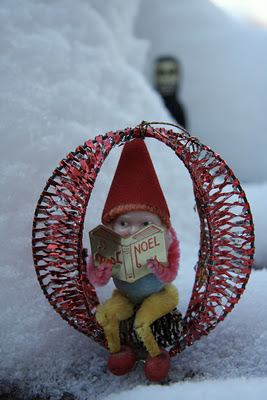