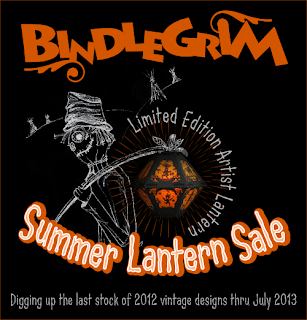 I suppose no blog is complete without at least one long absence followed by the sentence you're reading at this very moment re: these deepest apologies for the disappearance! Yes, almost 3 months to this day, Bindlegrim has been quite invisible, working long hours elsewhere (at the day job, with graphic design clients, and even catching a quick road trip whenever possible during the early summer months). But now, it's back to work in the wonderful world of holiday kitsch, because we're well past the year's halfway mark to the coming Halloween 2013!

When last we left ol' Bindle there were sneak peeks at Bindlegrim 2013 October designs (Creepster Cast 2013), and as well  the book contest & freebies for Tall Tales Shorter Days had just drawn to a close (of which, by the way, the book is now on Nook and the print cover was very recently updated as shown below)... In preparation for those new Bindlegrim characters to appear in in the coming season, it's time to clear up a little space, and perhaps even raise some funds to get the next year's designs completed. So, as the countdown ticks away from the hottest days of the year toward autumn chills ....it's time for a SALE. And so the last remaining limited edition hex lanterns created during 2012 are going to be made available via ebay this coming July 2013. 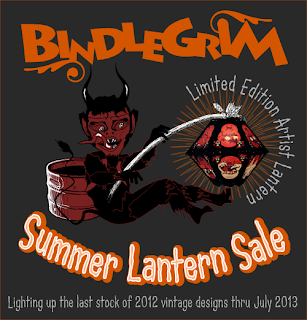 Though it hasn't fully been decided in what order and frequency this will all occur, it's most certain that the last remaining of its kind The Haint House (in honor of it being the very first Bindlegrim lantern to ever appear for sale) will show up once again at the forefront, but this time with a dubious honor as the first of the last... 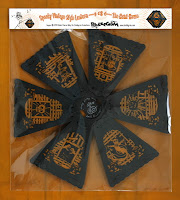 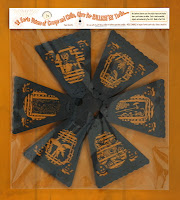 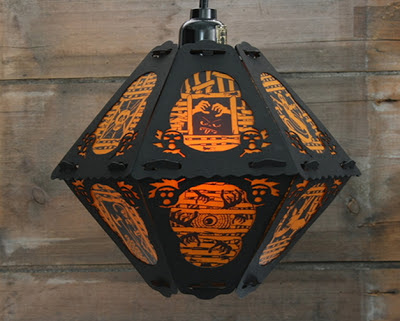 The first 3 summer sale lanterns are now listed on ebay for a 7 day auction.

If you were hoping for a particular favorite to appear: here's a quick rundown of what was created, and sold out vs. remaining stock for a coming summer appearance: These #'s are updated as of auctions ending above on July 7th:
Once again, the very best to all those who return for another go at these, and my apologies for not being more prolific, but with the hand-assembled nature of these combined with the time of create the art for each edition --- I hope it makes them all that more meaningful to those who find one lighting the darker nooks of those Halloween shadows...