Bindlegrim has purged a few remaining Halloween items from the studio - some vintage-style candy containers and Hallowe'en lanterns from the 2013 and 2014 seasons. A recent tradition during these last two summers, this would be the third albeit mini Summer Sale - via jumpkinpunkins on ebay. And here's a small review of the items listed: 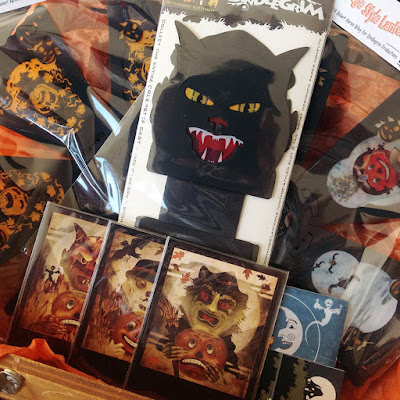 The following three listings from this sale, are all the last of their limited-edition series. Auction bidding ends August 9th, 2015. (Note - all sets include the addition of four Hallowe'en postcards released in 2014). 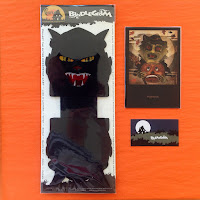 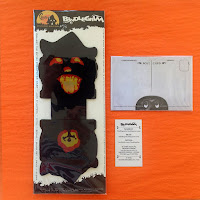 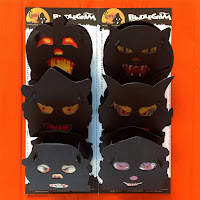 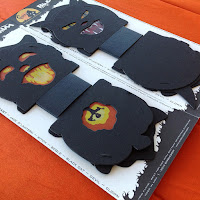 This listing is for the last packaged set of six vintage-style candy-container-lanterns from  #4/5 Creeps (Shadow Edition) mechanically diecut, signed and sealed during the production. The candy-container design features classic slot-and-tabs to create an open-top box that holds treats, and doubles in function as a lantern with translucent eyes, nose, and mouths. 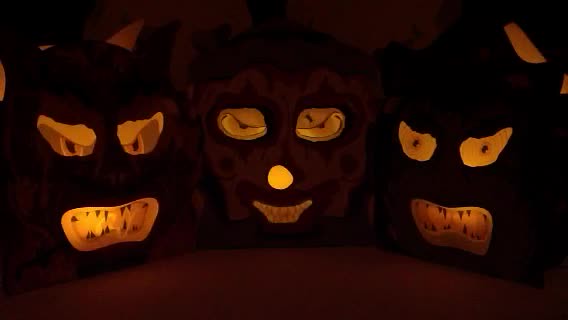 Each character is also signed and hand-numbered on inside base - for example: "Creeps (Shadow Edition)" #1 (1-6 for the characters), #4/5 (edition with the artist's Halloween signature), 2013 Bindlegrim.  More photos (the artist's creation process and final production shots) as well as various video is available on flickr: the Creeps album. 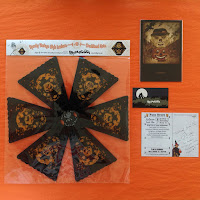 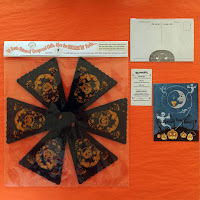 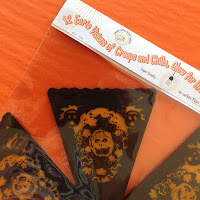 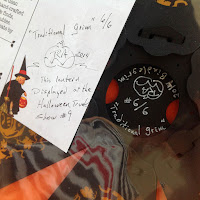 #10 Traditional Grim #6/6 (last one) comes from a series of 12-sided lanterns - this one was created especially for sale to attendees at the Halloween Trunk Show #9 (2014).  The imagery was a return to traditional orange and black and is a hybrid of two previous lanterns. (The pumpkin vines from "The Pumpkin Patch" and shrunken-head style pumpkin faces from "The Horrid Decor"). It was briefly displayed during the show (with a postcard stating it's history before being sealed in its package).

Because I missed getting any studio shots during the craziness of preparing for the show, I wanted to share this awesome photo by Johanna Parker who to my wonderful surprise, included one from this edition in her home decor for the season! (PS - the bat hook is also by Bindlegrim available on the Bindlegoods store). 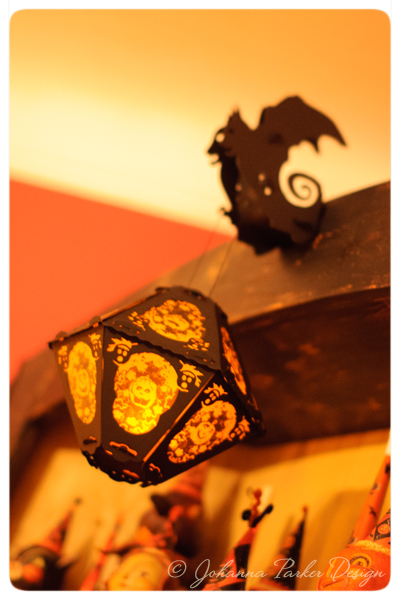 Some item details --- when flat the lantern measures about 12" by 12" side to side. The frame is made from 2-ply acid-free museum board. The vellum imagery is laser-printed for durability. Advised best lighting with an LED or low 3 watt white light for best color range (anything hotter is not advised, nor is exposure to the elements). Every process was Made in the USA and hand-assembled by the artist. The main packages is hand-numbered. The lantern inside is signed and numbered "Traditional Grim" #6/6 (edition with the artist's Halloween signature), 2014 Bindlegrim. 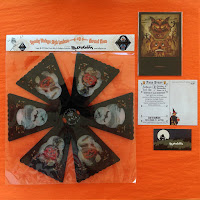 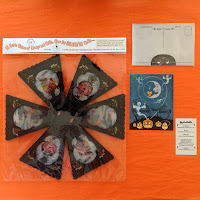 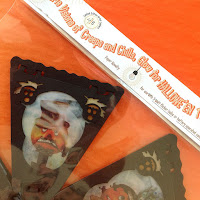 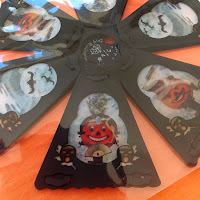 #9 Harvest Moon #4/6 was also created especially for sale to attendees at the Halloween Trunk Show #9 (2014).  The imagery was inspired by early century pumpkin faces, and is heavily detailed compared to early 2012 silhouette lanterns when the 12-sided series first began.

In the same madness, I didn't get any studio shots, but collectors were very kind to send in images of their acquired lanterns - and this colorful photo is a definite favorite with the beautiful autumn colors contrasting the lantern panes! 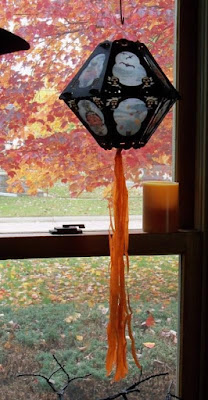 Similar construction information applies to this lantern. Note that this lantern was produced and sealed at the time it was created. The last one for this listing was never displayed.

Thank you again for ogling the goods - and in the next month hoping to have some new standard products available on the Bindlegoods store. Please remember that the artist does take a break from this one-spook operation near the end of October (pre-Halloween) so early ordering is recommended.
Posted by Bindlegrim Bindlegrim at 8:33 PM