Just a short follow up from the previous blog entry that the newest version of 12-sided vintage style paper Halloween lanterns is now posted for sale, to end Mar 04 2012 Sunday evening. And though the last one (v3: The Haint House) reached up there, this new one (v1: The Pumpkin Dream) is currently at a great price, and worth stopping by to peruse a listing that comes with both lantern and book: 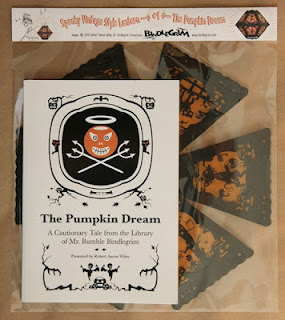 So, if anyone is as confused with the various versions, as I am trying to explain them, here is a quick overview on the series. I believe this is important because although the lanterns may appear similar at first glance from post to post - the content of each lantern is a  limited run... and, so far, the editions have only numbered five prints per version. (That means when one edition is sold out - they won't come back).

Below is a list of the versions as of this date, and I added release dates too because the designs don't necessarily follow availability:

So, if you are enjoying the various imagery and themes as much as I am creating them - I want to be sure each time to post photos of the lanterns in the round. And here are some detail shots of v1: The Pumpkin Dream turning the lantern toward the left. 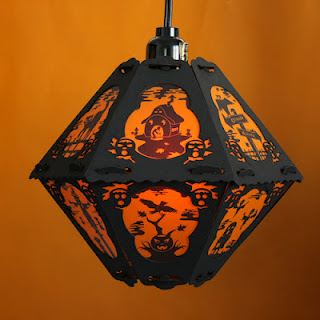 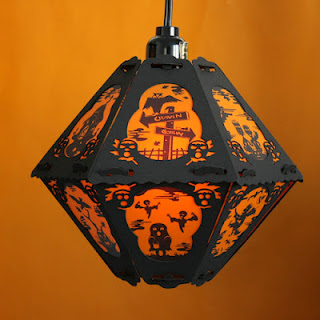 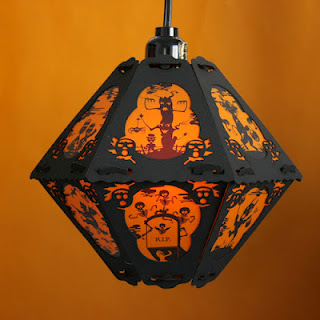 As a further note - for those of you who like a particular theme, I'm also releasing some related products. For example, v2: The Cornish Litany has a series of 12 postcards, and both v2: The Cornish Litany and v:4 The Space Witches now have some cool tee-shirts available on CafePress that are great any time of year:

And here is one my favorites so far. It's in uniform style with pocket-size chest design, and features an outer space kitteh in its antenna topped helmet frustratingly filled with little white mice. How are you going get those mice, space cat??? 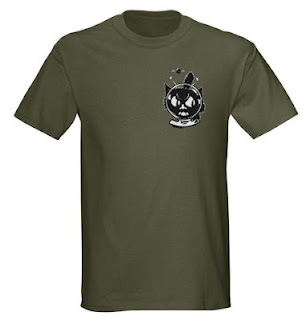