Bindlegrim is happy to announce that Grim Happy Christmas is now in its 2nd edition for 2013 with improvements on both price and format. This newer version is a larger 8.5" square which just seems more kid-friendly, and the print is larger for those of us with tired eyes. As well, the cover and content are now on soft-to-the-touch matte pages without any major loss to the photographic quality. I only regret it has taken me since 2011 to get this done! 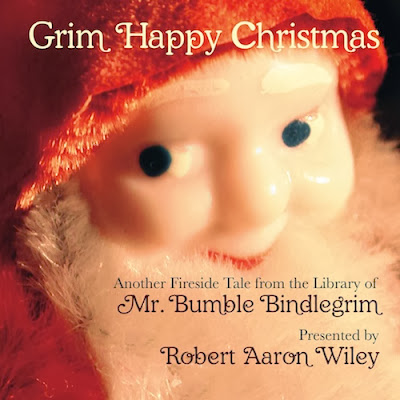 You can find the book in two places online* this December with the following special prices:


1) On Amazon (currently priced around $7.95 and qualifies for their free shipping deals).

* Note that the book is still on blurb.com but there the 7" glossy (first edition) costs around $20 to produce and for some reason they only offer limited and expensive shipping options via UPS)...

Are you new to Grim Happy Christmas? Well, once upon a time, a little Christmas gnome leaps from the darkness of his storage box to seek out the happy dreams of the holiday, but instead finds dirty dishes and big scary bills! What has happened to Christmas? The story that follows is told in simple words and photography, and is appropriate for the entire family (minus perhaps a scary scene with the grim reaper), and offers a quick lesson that maybe the importance of the holiday isn't found rushing off to find glittery gewgaws to bedazzle the senses, when love is right there at home, wherever that may be for you! 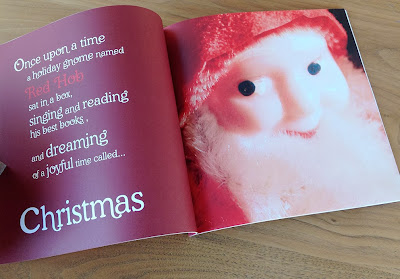 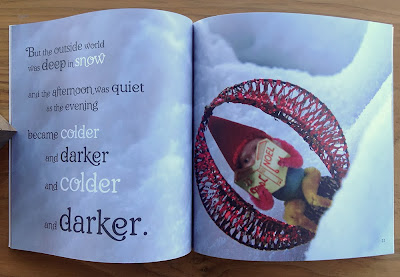 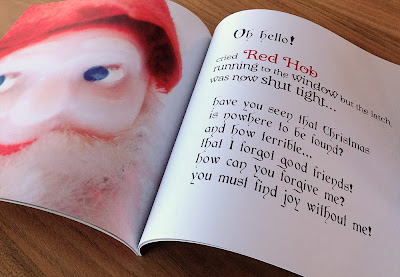 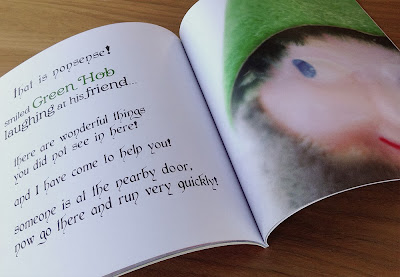 Christmas Gnomes (Tomte, Nisse, or Hobs) are (per Wikipedia) mythological creatures from Scandinavian folklore typically associated with the winter solstice and the Christmas season. The gnome is known as a gift bearer and considered the Swedish version of Father Christmas. As mid-century decorations - the gnomes were Christmas kitsch ornaments Made In Japan during the 1950s of hand painted hard plastic faces topped by flocked paper hats. Arms, legs, and hair were chenille, and the bodies and feet were made from spun cotton.

The characters of this book are actually cherished vintage hand-me-down ornaments from the author's home, that became the centerpiece of this book's lesson during a particularly skint and cancelled holiday. The photos seen in this book were at first to become a simple Christmas card yet during the photo session seemed to be telling a story, and this developed into a little hand-made book of scribbled words and pasted pictures. It was the only material gift offered during that harsh year - but with content that became meaningful beyond price.

You can see more pictures of the book on flickr: