If you are following Bindlegrim on facebook, flickr, or twitter you may have already caught a glimpse... but the ol' grumpy grim is indeed happy to unveil here even more preview images of designs coming out of the shadows for 2014...!

The new Spooklights series revisits and expands upon the 12-sided vintage-style lanterns of 2012, and this time around offers a variety of lantern/shade configurations with optional accessories that make these instantly ready for display. Please note that pane content imagery is forthcoming. For working models (shown here) some older imagery from a non-limited lantern (The Horrid Decor) was used for photographic purposes. 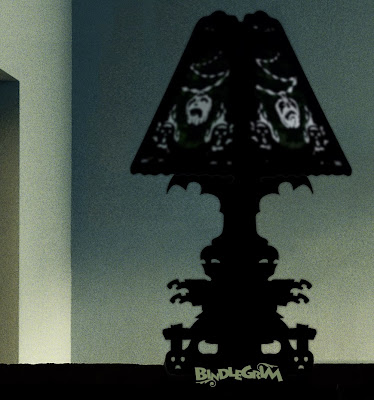 First on the calendar is the release of a table tea-light lamp (seen in the shadows above) that is shown above with the base and four-sided shade. The current idea is to release the line as components, the foreseeable decorating choices follow --- #1: the shade (which could be hung over your existing flicker-bulb lighting or placed on the shown base) or #2: the base (which can be used with the shade or simply alone as a candle holder).  No clear photos yet of the different base designs, but below is a glimpse of an early mock-up version to show the actual material without the murky shadows. 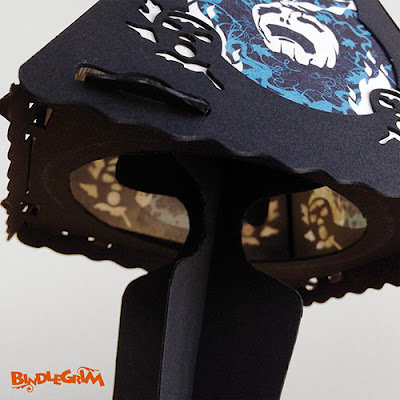 Second release during the 2014 calendar year will most likely be the Spooklights votive holder (which is akin to a brazier in its design). The various designs of the base extend eight legs to include such creaturs as octopi or spiders. The one shown here is the Cthlulu-esque sea-life version. 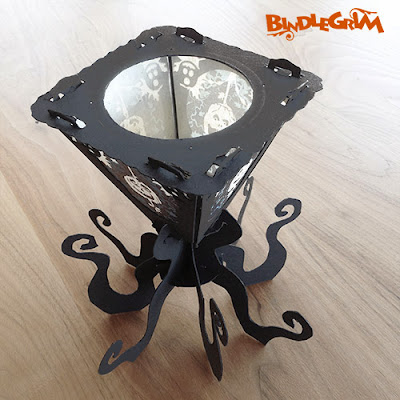 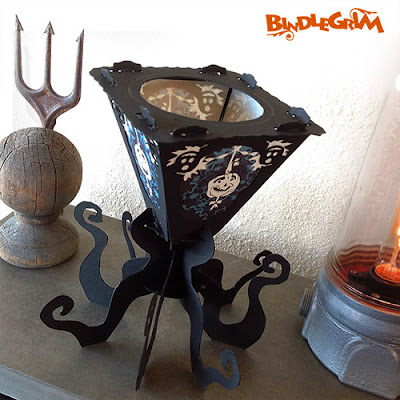 Third and/or Fourth on the list of the Spooklight series will be a combination of lantern and a wall post to provide a means of hanging it from your best location on the wall...! The 8-sided lantern is simply a smaller configuration of the 12-sided lanterns from 2012, and will offer new content for the panes. Bindlegrim is particularly excited about the horizontal hanging-post, as this will be a means to display vintage or non-vintage lanterns alike; imagine these down a hallway or bookends to a door or window. Below is a working mock-up (so exact visuals/mechanics may vary from the final product). 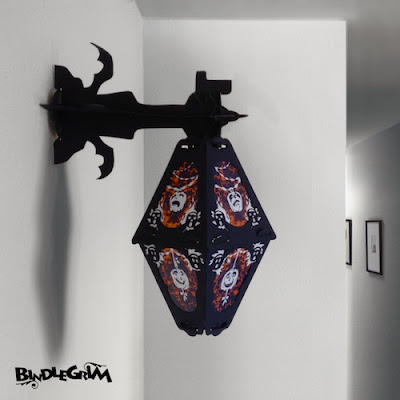 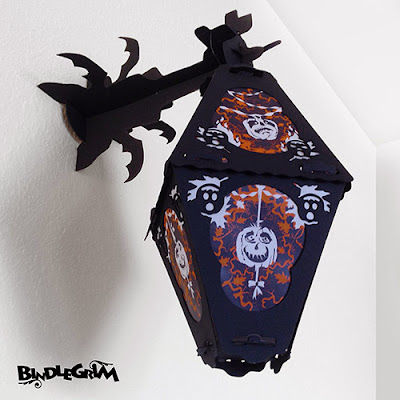 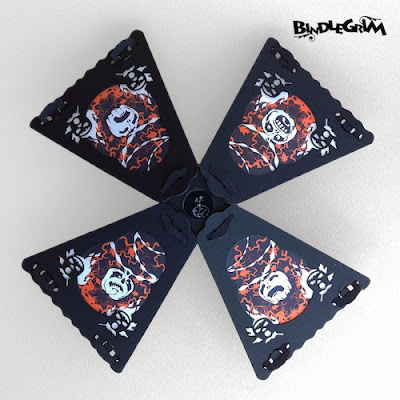 Well, that's the news for now - but this is only the beginning! If you were a fan of the Creeps from last year you will realize that one character The Haunted House was missing, and this largest of the set should also appear this year with even more vintage-style diversity to come. Stay tuned through one of these Bindlegrim media outlets: facebook, flickr, or twitter.