As Bindlegrim continues to dig-up old Creeps from the dark places of the studio... it appears the first week's listings have been cued for the front of this years's 2nd annual summer sale, which by following tradition of the first, lists a few items every week for about a month... and then, they are gone!

Please post a comment if you have input on separating or keeping packages intact for the sale. And, I thought it might be worth looking back into the processes of these items - with most printed and cut by dies in the studio. 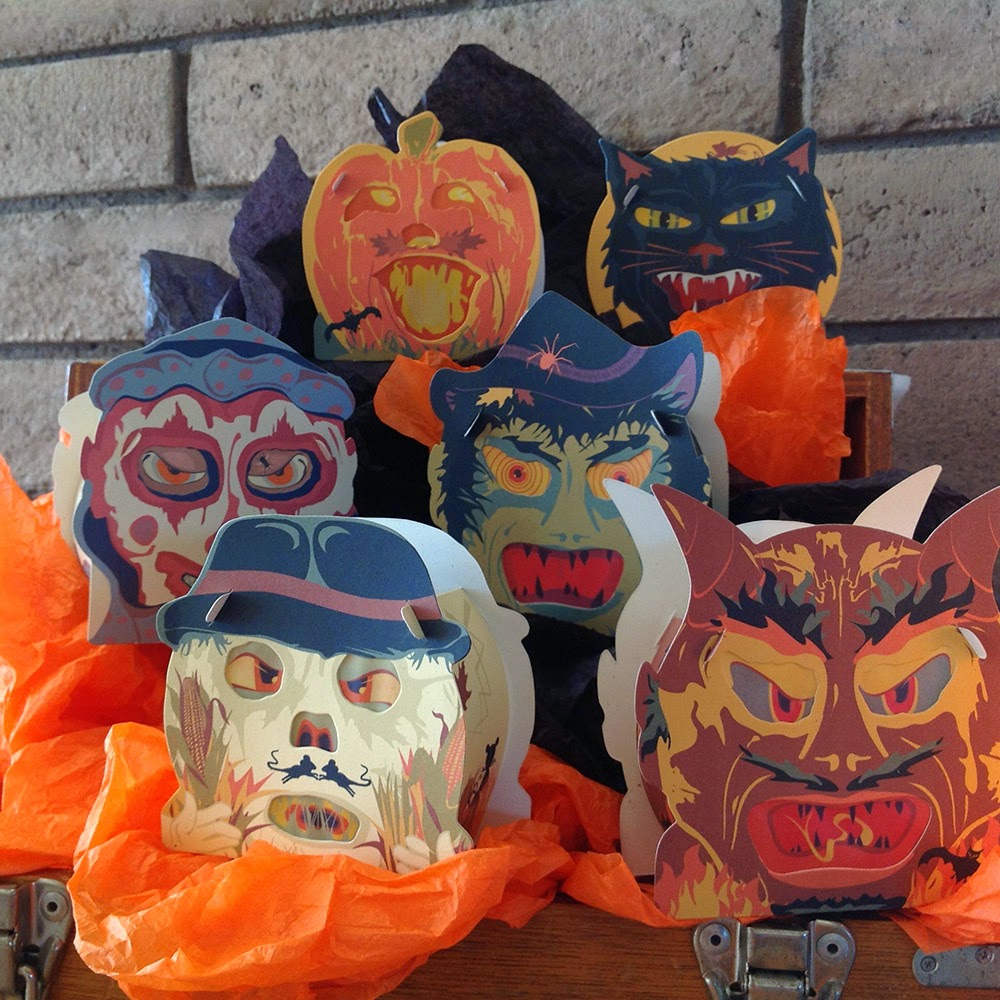 Item 1 (or six???): opened pack of Creeps (artist proofs 3/3) which could be sold as a set or separately considering any input from the Bindlegrim faithful?
Production notes: The 2013 Creeps were printed and diecut in the artist's studio. There were 3/3 artist proofs with those shown here as the last of them. (Some earlier artist proofs were sold last year on etsy). This was the final print of the artist proofs that determined print & cut of the 5/5 limited edition run, and these were used in the various photographs for the set during 2013. Each item is signed as 3/3 A.P. 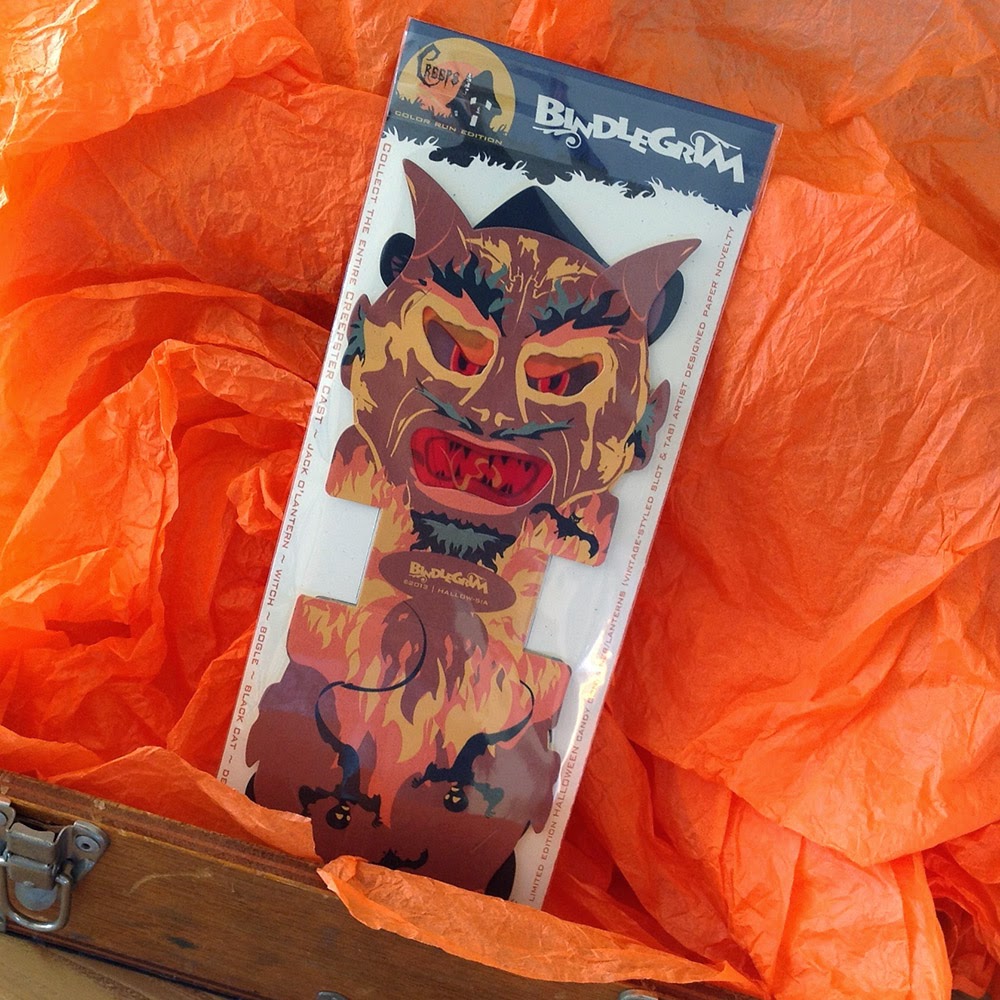 Item 2: unopened pack of the 2013 Creeps. These, like all 2013 sets were produced in a limited run of 5 (not including the artist proofs). Printed and cut with dies in the artists studio.
Production notes: The Creeps candy-box lanterns were Bindlegrim's first foray into a printed item, and the entire process was done in-house from the printing to the die-cutting. (Note the process is cut with a metal die to be most like a vintage-item - and not hand cut which would have created jagged inconsistent qualities). There were 3/3 artist proofs to get the expected print and alignment quality, and the final sets were a limited run of only five. Shown is #3/5 from the final run. 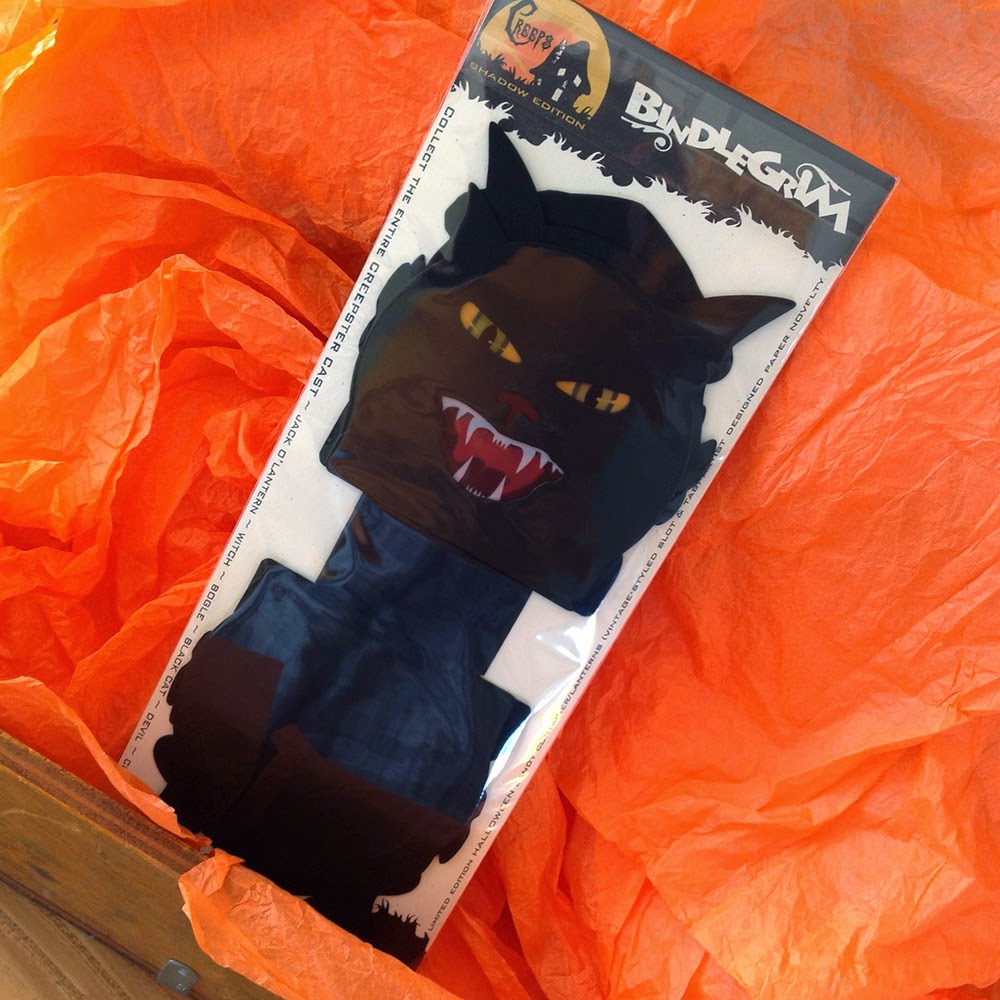 Item 3: one unopened pack of silhouette museum-board Creeps, a six pack of vintage-style candy-container lanterns.
Production notes: The 2013 Creeps were first conceived as a printed item, but sometime during the production I decided to test museum board, and thus this "soot face" set was born. There were 2/2 artist proof runs to make sure they would work (some sold on etsy), and then a final 5/5 limited edition run. Each character has been signed by the artist identifying the set and shown here #3/5. 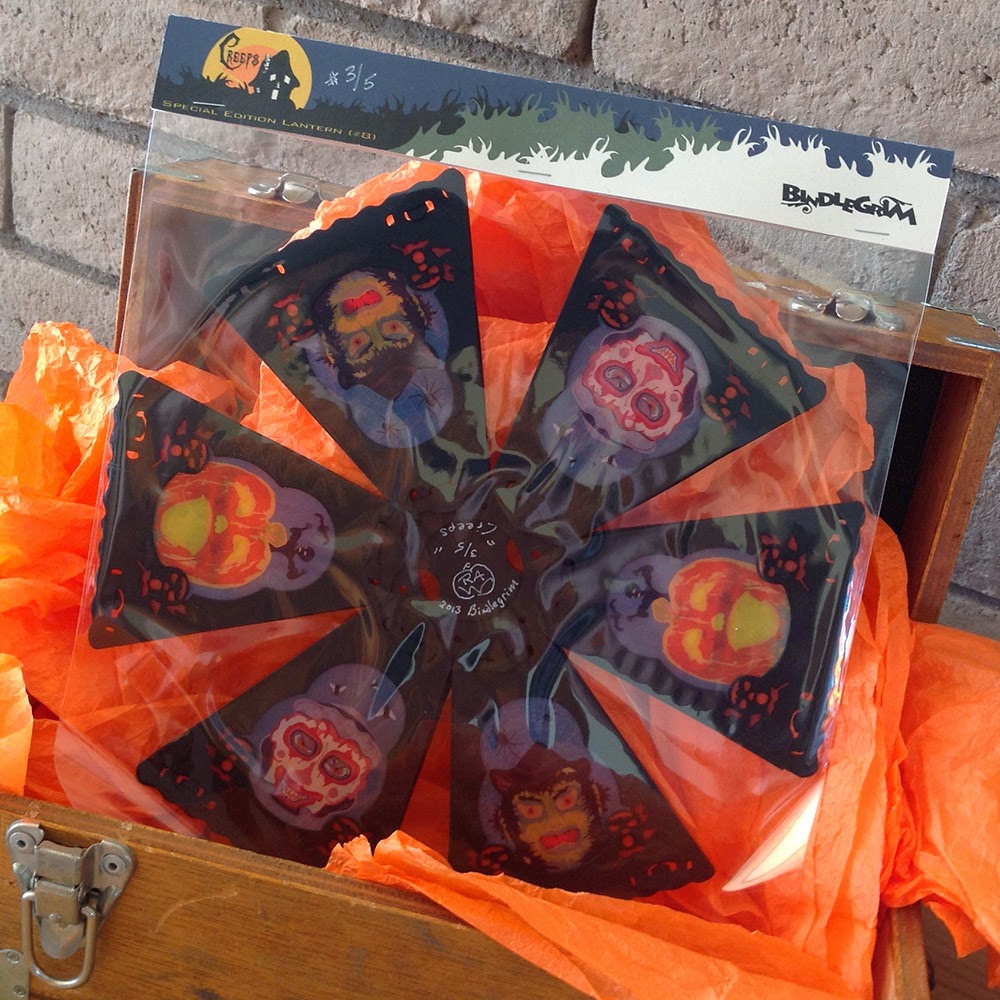 Item 4: the only 12-sided lantern produced for the 2013 season. Creeps #3/5 special edition to go with the six-pack candy-container-lanterns of the same year.
Production notes:  To my recollection this was the only 12-sided lantern created in 2013 as a special edition to accompany the Creeps candy-box sets. There were only 5/5 created, with each signed and numbered. Shown is #3/5.
Posted by Bindlegrim Bindlegrim at 10:48 AM